2017 has been the year where the Bitcoin price skyrocketed from around $750 (USD) in January to between $13 000 and $15 000 (USD). Bitcoin miners and investors are excited at the cryptocurrency’s rapid growth. However, on the other hand, sceptics keep on talking about this being a price bubble and wondering when this bubble will burst.

The fact of the matter is that Bitcoin (by its nature) is decentralised and is currently not regulated by governments and traditional financial houses. Because Bitcoin (and other cryptocurrencies) are not issued by any central government, it theoretically cannot be manipulated by these governmental agencies. Furthermore, it is virtually impossible to counterfeit Bitcoin because of its decentralised nature, and the fact that the transactions are built on top of block-chain ledgers.

On the other hand, there is also no doubt that the current governments are concerned by the risk inherently involved in investing in a decentralised cryptocurrency. As a senior financial analyst from Wilkins Finance correctly notes, the Bitcoin price is very volatile; thus, adding to the risk of investing in Bitcoin. The announced Chinese crackdown on all Bitcoin exchanges caused the Bitcoin to plunge below $3000 (USD). However, it soon picked up again.

Finally, Bitcoin’s organic nature also opens the door for terrorist organisations (and fraudulent companies) to utilise the cryptocurrency to fund their illegal activities. However, the question that seems to be ignored is how do you prevent illegal organisations from investing in a confidential, decentralised currency and using the proceeds to purchase items like weapons and illegal drugs on the black market?

Reasons why the Bitcoin price will continue to grow

It is important to note that the global socio-economic and geopolitical environment in 2017/2018 is very different to 2009. Without delving into the history of Bitcoin (and other cryptocurrencies), 2009 was the year of the Great Depression and the concept of a digital currency that would provide a viable alternative purchasing power to the traditional global currencies “emerged in the aftermath of the financial crisis.”

In fact, the early Bitcoin investors (and adopters) were considered to be mavericks, and it was almost expected that they would lose their investments at one point or another. The reality is that while the Bitcoin price see-sawed up and down between 2009 and 2017, there is no doubt that Bitcoin is here to stay (and some of the early Bitcoin investors are now Bitcoin millionaires).

However, the question that still begs is what guarantee is there that the Bitcoin price won’t drop from circa $15000 to below $1 (in 2010)? There is, of course, no guarantee! However, there are valid reasons to believe that the cryptocurrency is here to stay. By way of substantiating this point, here are several reasons why the price of Bitcoin will stabilise and more than likely continue to climb: 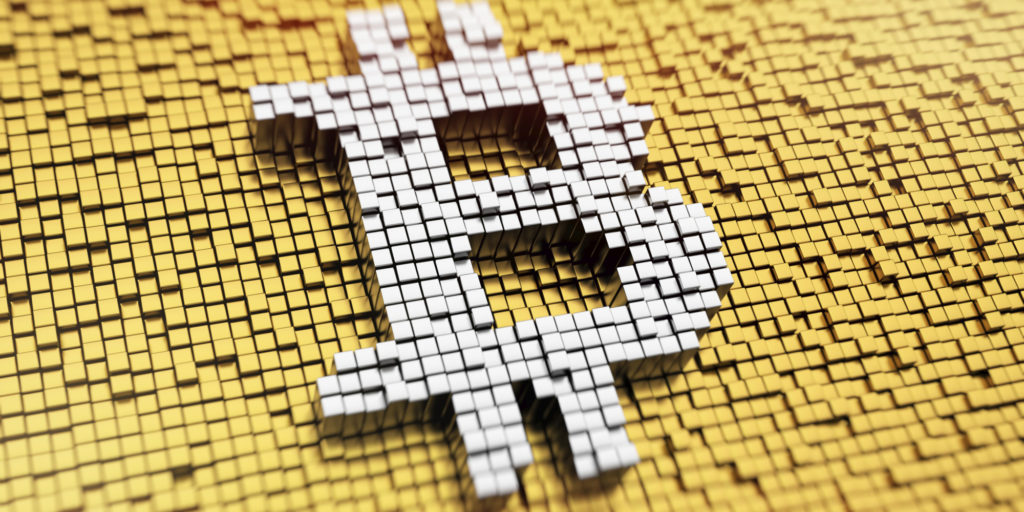 Traditional hedge funds are including Bitcoin in their portfolios.

Evelyn Cheng of CBNC.com stated on 30 October 2017, that “there are now more than 120 hedge funds focused solely on Bitcoin.” By way of an explanation, a hedge fund is considered a safe haven for investors to invest their funds in during periods of extreme financial market volatility. The takeaway point here is that these investment funds are safe. Furthermore, when the global financial markets stabilise, investors tend to take their money out of these hedge funds and invest them in what are considered to be riskier investments.

Even though some of the world’s most influential banks are apprehensive about the risks of trading Bitcoin futures contracts, the Chicago Board Options Exchange has announced that they will launch the first Bitcoin futures market. This is seen by many experts as one of the main drivers that will force the acceptance of Bitcoin by the mainstream financial industry.

Even if the Bitcoin price is in a bubble, and it will drop substantially when the bubble bursts, the facts mentioned above, are early indicators that the cryptocurrency is well on its way to playing a significant role on the global financial markets. Once it has been accepted as a mainstream role player, and the fact that the number of Bitcoins mined is a finite number, it is reasonable to assume that the Bitcoin price will first stabilise and then increase.

John LoPinto: How an Investment Broker Can Help You Buy Stock

John LoPinto says that buying stock is one way of building ...

Here Is Everything That Need to Know About Why Gold Matters

How does machine learning modeling work

Machine learning technology is relatively new and is in great demand. ...

Why Should You Buy Bitcoin As A Cryptocurrency This Year?

What is Bitcoin (BTC)? Bitcoin is shared web cash, and that implies ...

How Much Charitable Giving Is Tax-deductible

The negative impact of Covid-19 on charitable gifting in San Diego ...

How Investments Help Your Retirement No matter how old or young you ...

When it comes to trading stocks in Hong Kong, there are a few things ...

Why Do You Need Attorneys to Claim Compensation for Car Accidents?

Car accidents are often unavoidable. However, the consequences of a ...